Worth Reading: Information Doesn’t Want to Be Free 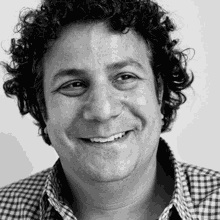 There’s a popular notion around that “information wants to be free.” It’s the idea that on the Internet, the economics of information have irrevocably changed. Progressives will get with the program and stop charging for access to content, the revolutionaries claim. It’s interesting that these revolutionaries typically charge fat fees themselves for their consulting services. That type of information, it seems, does not want to be free. Union Square Ventures partner Andy Weissman believes the “information wants to be free” slogan misses the real change in digital media. It’s not that information itself wants to be free, it’s that the spread of information can’t be constricted. This is a critical difference — and highlights that, recent fights over SOPA notwithstanding, the tech and media worlds can come together around the power of the network.

This is represented by the idea that there are no more consumers now, there are only “users.” As a result, this transformation alters fundamentally the whole media value chain. This is potentially disruptive to many companies. But it does not mean that users will not pay for information or content. To the contrary. For example, Hollywood’s best box office years ever were 2009 and 2010. Similarly, publishing industry revenues expanded in 2010 almost 6 percent over 2008 (with ebook sales growth of over 1000 percent). Hulu has over 1.5 million paying subscribers. Therefore, it’s not helpful if the discussion centers around whether information wants to be free or not. For that is not the right equation. Information (content) does not want to be free. Instead, information just wants to be distributed friction-free. That’s a big difference, and also the massive opportunity that should be at the center right now.