Can PolicyMic become the voice of the millennials? 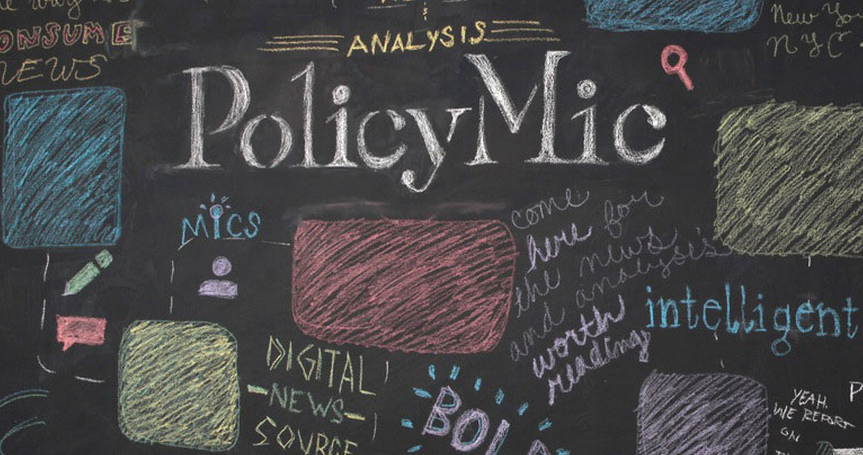 You hear plenty that young people don’t read news, don’t have long attention spans and are too busy Snapchatting and Facebooking to do much else. Don’t tell that to the millennials hard at work building media companies built by and for their generation.

Millennial media comes in many flavors.  There’s angsty navel-gazing on offer at Thought Catalog. At Elite Daily, there’s a cross between Upworthy, The Huffington Post and your typical bro site. What all of them are trying to do, in their own way, is crack the code of creating content for this fickle generation.

For PolicyMic, that means combining socially aware stories about politics (“8 U.S. States Have Anti-Gay Laws Strikingly Similar to Those in Russia“) with lighter entertainment stories (“6 Classic Cult Movies We Can’t Wait to See on Broadway“), an approach that seems to be working well. The site had 10.5 million unique users in December, up an amazing 950 percent from the year before, according to comScore.

PolicyMic is following what’s something of a playbook for millennial-focused media sites. If you want to make a compelling millennial-publishing brand, start by hiring lots of millennials — and then play up the engagement angle. PolicyMic’s founders, staff and contributors are all under 35. PolicyMic seeks to blur the line between staff and audience. (This obviously has benefits for the business model, too.) Who is a reader and who is a content creator isn’t fixed. PolicyMic supplements its 20-person editorial team with a 600-strong contributor network. These sites don’t really have audiences; they have communities.

PolicyMic CEO Christopher Altchek  said having a young staff and network gives the site an edge that many news sites, particularly established ones, don’t have. Letting millennials write for millennials means that PolicyMic both knows what its audience is interested in and can write for it in the way that’s most compelling. The audience doesn’t feel like it’s being talked down to.

Being a millennial publisher, Altchek said, “is what lets us be the most authentic. We’re a part of the generation, so we know what’s important and what’s not.”

That word — “authentic” — along with its corollary “real”– pops up often when publications like PolicyMic give their elevator pitch. That’s because the authenticity, as squishy a word as it is, is one of the qualities most valued by the millennial generation, averse as they are to disingenuousness of all kinds. That is, at least, if you believe some of the market research.

The millennial-focused approach extends to advertising, too. Marketing to digital natives requires a light touch, which for many publications means investing more in sponsored posts and native ads. PolicyMic, which doesn’t have a full-time sales person on staff, is building out its ad sales team for millennial-friendly sponsored content like its technology education series with “learn to code” site Treehouse.  (It doesn’t run banner ads at the moment, and thanks to the $3 million Lightspeed Ventures-led funding round it closed in October, it doesn’t really have to.)

Another potential problem with the “for millennials, by millennials” approach is that while youth is often an asset for these teams from the content perspective, it can also be a big liability as far as the businesses go. Youth can only get you so far when running  a company, after all.

The concern is a real one for PolicyMic, and part of the reason why its leadership has surrounded itself with a group of media-savvy advisers like David Shipley, the executive editor of Bloomberg View and former The New York Times op-ed editor. Another mentor, Jacob Lewis, a 14-year magazine veteran and vp at Crown Publishing, told Digiday that PolicyMic still has some things to learn about how to build a media business in the current climate –but then, so does everyone else.