Reading List: Yahoo Wants to Cut Out the Middlemen 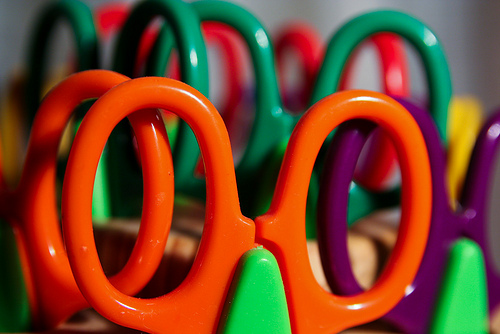 Yahoo vs. Ad Middlemen: Yahoo is often painted as the weak link of the digital ad world. But it still has considerable heft. Now it appears ready to throw its weight around. Hot on the heels of cutting off retargeters from its inventory, Yahoo is requiring clients of demand-side platforms and ad networks to get seats on the Right Media Exchange. Adexchanger has a great breakdown of what that means, particularly how Yahoo wants direct relationships with clients. The big picture is that Yahoo, like other big publishers, resents the margins taken by middlemen. It wants to claw that back — and is willing to play hardball to do so. Adexchanger — Brian Morrissey  @bmorrisseyZinio Quietly Raises Big Money: Weren’t the iPad, apps and iTunes subscriptions supposed to bury companies like Zinio and its competitor Texterity? Both came on the scene in the early 2000s as a perhaps-too-early answer to the question of how magazines are going to deal with the Internet revolution. Both promised to transport the magazine experience to digital devices, allowing users to subscribe to their favorite titles and receive full-sized digital editions, on a monthly or weekly basis, just like print titles. But outside of the B2B world, few consumers seemed interested in flipping through the latest issue of People on their desktops. Then, as tablets like the iPad arrived on the scene, it seemed as though Zinio and its brethren might soon be irrelevant. But some investors must see a bright future for the company. According to TechCrunch, Zinio has just raised $20 million. TechCrunch — Mike Shields @digitalshields
Blaming the Ad Server: The Aussies have started a legal uproar over the ad operations ecosystem, after blue-chip brand ads appeared next to porn. Lamenting that massive ad exchanges have taken the place of ad networks, Australia’s Internet Advertising Sales Houses group, a consortium of ad networks monitored by the government, has launched an investigation into the specific incidents of mainstream consumer brand ads appearing on sex sites, and the operation of the ad ecosystem itself. The move may signal an increasing intolerance for verification snafus on the part of exchanges and media agencies, at least abroad. If the investigation leads to government sanction in Australia, then other companies possibly participating in those ad sales (like Google) might be in for new scrutiny in the US. Ad News.au
— Carla Rover @carlarover
Apple Could Be the World’s Largest PC Vendor Next Year: Apple is currently the second largest PC vendor globally, according to research firm Canalys. If you count the iPad as a PC, the company is on track to become the largest by this time next year, beating out Hewlett Packard. That status could depend heavily on the success of the next generation of iPad, though, as competition in the tablet space gets more serious. AllThingsD — Jack Marshall @JackMarshall

Groupon Price Drop: First there was the hype. Then there was the backlash, compounded by the CEO’s loose lips and a slew of analysts’ pessimistic predictions. Then there was the actual stock issue, the valuation of which seemed unrealistically high. But Groupon’s stock price seems to finally be righting itself. Shares fell more than 15 percent last week, bringing the price down to $20. Some analysts believe that the precipitous drop could bode badly for other companies eyeing an IPO.  Portfolio— Anne Sherber @annesherber