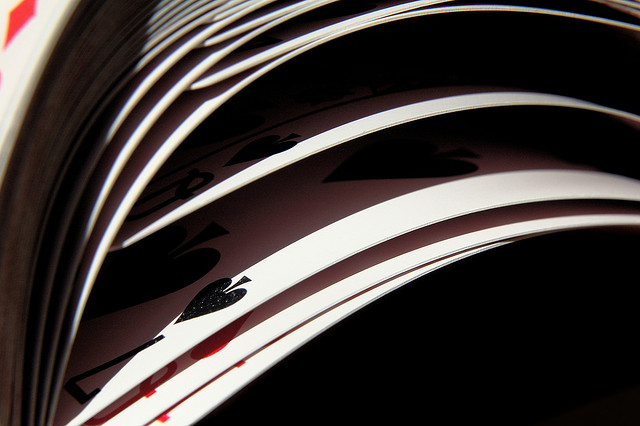 Brad Garlinghouse is Out at AOL: The one-time Yahoo exec had served as president of applications and commerce at AOL, a role in which he oversaw the company’s technology, mobile and content divisions. According to Paidconent, Garlinghouse’s departure raises a ton of questions about the future direction of AOL (which is more up in the air than ever, it seems). One obvious question, and one we’ve also asked of AOL’s rival Yahoo, is why does AOL need an executive in charge of commerce and applications? All we’ve heard during the Tim Armstrong era was that AOL is about content, content and content. So you’d think that any part of the business that isn’t content and advertising focused could be viewed as counterproductive. During his time at Yahoo, Garlinghouse penned the infamous “peanut butter manifesto,” which warned that Yahoo might be spreading itself too thin. Could he have come to the same conclusion at AOL? Paidcontent
— Mike Shields @digitalshieldsAmazon’s Stealth Kindle Marketing: There are many advantages to being one of the top e-commerce destinations in the world. One is the free promotion for different business lines. Amazon’s advertising budget for the Kindle Fire gets an extra $90 million worth of exposure thanks to being featured on Amazon.com, which draws about 75 million visitors per month. Ben Kunz, an executive with Mediassociates, comes to the figure using some rough math, assuming a $25 CPM for such a marquee placement. It’s not dissimilar to the advantages Google has in promoting its new products to its vast audience. Perhaps even more advantageous for Amazon is how it can subsidize the Kindle Fire so much on the assumption it will make up the difference in sales of its digital content. ThoughtGadgets — Brian Morrissey  @bmorrisseyNews That’s Fit to Tweet: After some AP staffers broke the news via Twitter that journalists had been arrested in a sweep of the Wall Street protests, the wire service issued reprimands to the tweeting journalists. The incident sheds light on the push and pull between traditional news sources and social media, according to this story from the BBC. While AP’s social media policy is pretty clear in its directive that journalists must file news to the wire, the social media editor for Reuters reacted to the news by suggesting that news organizations have to evolve as digital communication evolves or risk being marginalized. BBC — Anne Sherber @annesherber

Bubble, What Bubble?: Yelp is filing for an IPO, and potential valuations are rumored to be somewhere around $1 billion. Local, despite every pundit on the planet bemoaning the tech bubble, is still very hot. That said, so was MySpace a while back — but MySpace didn’t have a strong local angle. Yelp’s appeal is its reservoir of consumer data in the form of reviews that house a goldmine of info for geo-focused marketers, and that may be just enough to woo Wall Street. Bloomberg — Carla Rover @carlarover

Is an Amazon Smartphone in the Pipeline?: With its fledgling Kindle Fire tablet now out in the wild, Amazon could be planning a smartphone release in 2012, according to analysts at Citigroup. That’s an interesting prospect given the company’s strategy around the Fire, which is to subsidize the hardware in order to drive content sales. Citi suggests it could choose to do the same in the smartphone space, retailing the devices at a considerably lower price-point than handsets from manufacturers such as Apple and HTC. Citigroup — Jack Marshalll @JackMarshall
https://digiday.com/?p=1708
Most Read
Trending in
Digiday Top Stories