How PBS Won at Digital 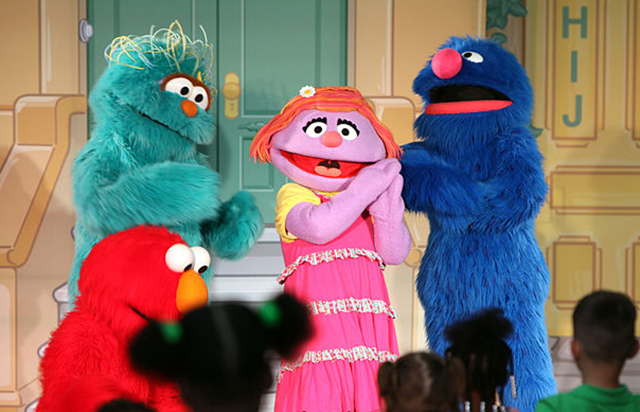 Millions of Americans can point to PBS as a third parent, as the network that helped raise them with programs like “Sesame Street” and “Mr. Rogers’ Neighborhood.”

But PBS is not immune to the transition from analog to digital and needs to continually reinvent itself. Recent data points to success, no matter that Mitt Romney wants to kill Big Bird.

PBS Digital Studios started in 2012 and has had a heck of a first year, with hits like Mr. Rogers’ autotune and more than 15 original series on its Youtube channel. In addition, for the first five months of 2013, PBS.org was the No. 1 TV network site for unique visitors, according to Comscore. It recently racked up seven Webby awards, more than any other media company. PBS Kids has been the No. 1 site in kids video for the last 16 months.

Its video platform, which had 2 million video views per month four years ago, saw 225 million video views in May. It also rolled out a Roku app last month, which has amassed 250,000 registered users, and will soon release an Xbox app. The Digital Studios Youtube page has 46,000 subscribers and 17 million views. Add its presence on Netflix, Amazon and Hulu, and it’s clear this is not the PBS many of us grew up with.

“Our mission is to serve the American public, and one way to do that is to make it convenient to access our video on demand,” said Jason Seiken, svp of PBS Digital.

To do that, PBS focuses on making it a national/local experience. If you’re accessing PBS on a platform — PBS.org, Roku, Xbox — local station content sits side by side with mainstays like “Nova” and “Masterpiece Theater.” But it still needs to find ways to generate revenue.

PBS runs pre-roll ads on Digital Studios, using the Youtube skippable pre-roll. PBS Digital Studios doesn’t have a sales team and is sold by the Youtube sales team. It also runs limited banners on PBS.org, sold by National Public Media, and has one 300×250 unit above the fold. But these ads are more for branding than transactional messages. Seiken said that PBS is sold out for the next few months on its video. CPMs range between $25 and $40.

“I wish it were a gold mine, but the reality is, it doesn’t even pay the bills,” Seiken said. “It doesn’t offset the CDN and hosting costs. We look at this as a necessity to offset those costs and provide the service to people.”

PBS Digital Studios is trying to capture the attention of a younger generation, one that is growing up with high-speed Internet. Unlike us older folk, who were plopped in front of a TV set, this new generation has a wider range of content opportunities. PBS wants in.

“It’s all about, let’s make sure all these new devices and tech are used for good, used to educate, to inform, to help kids grow and help parents raise kids, as opposed to some of the other ways these new technologies can be used — at best time-wasters, at worst, things I wouldn’t expose my 3- or 6-year-old to,” Seiken said. “We want to be a safe, comfortable, non-threatening but challenging environment for young minds.”