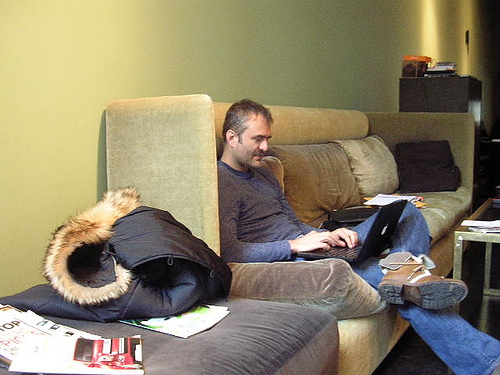 Nick Dention, New Media Traditionalist?: There was a time when Gawker chief Nick Denton served as the bete noire of the publishing world. Gawker was known for aggregating content, publishing rumors, even stalking celebrities. But it turns out Denton isn’t that out there. In fact, his New Years memo to his troops reveals that the ex-Financial Times reporter is more of a media traditionalist than you’d think. He believes “the best optimization technique is something as old as journalism itself: the shocking truth and the authentic opinion.” New York Observer — Brian Morrissey @bmorrissey

Digiday first pointed out AOL’s under-use of its well-received Project Devil ads last August. Now, according to a report by Business Insider, analyst Ben Schacter of the Macquarie Research Group found that AOL’s employment of Devil ads actually fell off last year. And worse, in Q4 of last year, the AOL home page didn’t feature a single Devil ad. Yikes, how did this happen? The industry seemingly fell in love with the idea of bigger, better, bolder ads over the past few years as part of an effort to bring on more big brands and elevate CPMs. TechCrunch was supposedly selling Devil ads for $67 CPMs. Yet you almost never see them. And after AOL announced last year that Hearst was going to be the first of many publishers outside the AOL family to start utilizing Devil ads, it’s been awfully quiet. The question is, did AOL fail to execute Devil ads on its own properties? Or did brands not take to them, knowing they could get so much other cheap inventory all over AOL and the Web? Did AOL err by not going cold turkey? Business Insider— Mike Shields @digitalshields

The Year Ahead for Facbeook and Google: Many industry predictions are real yawners. Federated Media chairman John Battelle has some pretty good ones. His prediction list includes Facebook rolling out an ad network and making a $1 billion acquisition. He also thinks Google will crack down on the Wild West that is its Android operating system while struggling through a tough year. Seachblog — Brian Morrissey @bmorrissey

Having racked up $2.5 billion in mobile ad sales in 2011, Google could be on track to generate more than $4 billion from the channel this year, according to Piper Jaffray analyst Gene Munster. Though the mobile ad pie continues to grow, so too does Google’s share thanks to its market-leading display network AdMob and its near monopoly in mobile search. Google’s dominance could make it increasingly difficult for rival mobile ad firms to compete it in 2012 as it continues to benefit from advantages afforded by its scale and well-established desktop ad businesses. Eweek — Jack Marshall @JackMarshall