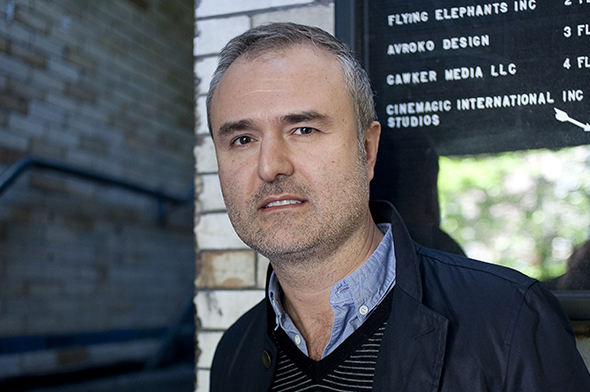 What’s your take on native ads: good, bad, or don’t care?
Native ads are like any other ad: good when they’re good, bad when they’re bad, and usually indifferent.

Are social ads or native ads the future?
To the extent that the Web is a social or interactive medium, a truly native ad should be social or interactive. Unfortunately, most just pretend to be. I don’t believe that a sponsored tweet or sponsored story is in itself very novel or interesting at all. How is that different from the advertorial that has always been a feature of print news?

You’ve said in the past that the days of banner ads are numbered. Will Gawker ever get rid of them completely?
I have made my peace with the banner. You can’t fight against an entire industry. And you can’t ignore the clients who want to convey mood rather than information. The real challenge is to align banners more closely with stories – and custom content.

So how much money are you making from alternative revenue sources, like affiliates?
We don’t make many commercial bets. But affiliate revenue from Amazon and others – the original business model of Gawker Media – is finally coming into its own. We drove $15 million in transactions on Amazon in the last 12 months – and that number will more than double in the next.

Will you ever open the Gawker commenting platform Kinja to brands?
Our ambition is to turn at least half our advertisers into publishers. Our role should be that of impresario, bringing brand advocates into real contact with influential readers.

What’s the most important thing you’ve learned from starting Studio@Gawker, your brand content studio?
We’ve learned how hard but rewarding it is to market a client effectively online. There are no shortcuts.

Speaking of shortcuts, last year you made some waves by saying, “BuzzFeed will collapse under the weight of its own contradictions.” Still think BuzzFeed has too many contradictions to succeed?
I thought that the appeal of reality television would burn out, and here we are 10 years later and it’s going strong. Listicles could prove equally enduring. BuzzFeed has gamed the Facebook system as artfully as Demand Media and Associated Content gamed Google. But they are rather dependent – as those companies were – on the goodwill of their distribution partners, the dictatorship of the algorithm, and the fatigue of the audience.

Biggest regret with Gawker?
I wish we had started Kinja earlier instead of fussing around with one-off initiatives.

Such as?
The Gawker Stalker map. It propelled Gawker forward, won us notoriety, drew in advertisers even. But discipline is much more rewarding: we have only one goal, to create the venue for intelligent discussion on the Web. Now pretty much everything and everyone is dedicated to that task.

What’s your most favorite piece of content you’ve read on Gawker?
Cord Jefferson’s piece after the Trayvon verdict: That was the first recent piece that sprang to mind. Gawker was one of the very few places one could have an intelligent discussion about the case. That’s partly the discussion software doing its work – but the writers set the tone of the conversation.

You did get a lot of pushback, though, from running the photo of Trayvon’s body.
If a story is worthwhile, it generates pushback. Everything else is stenography.

What do you have to say to critics of the crack starter campaign?
That falls into the category of a worthwhile story that generated pushback. The pushback was led by a crack-smoking mayor and the respectful press: We feed off that kind of criticism.