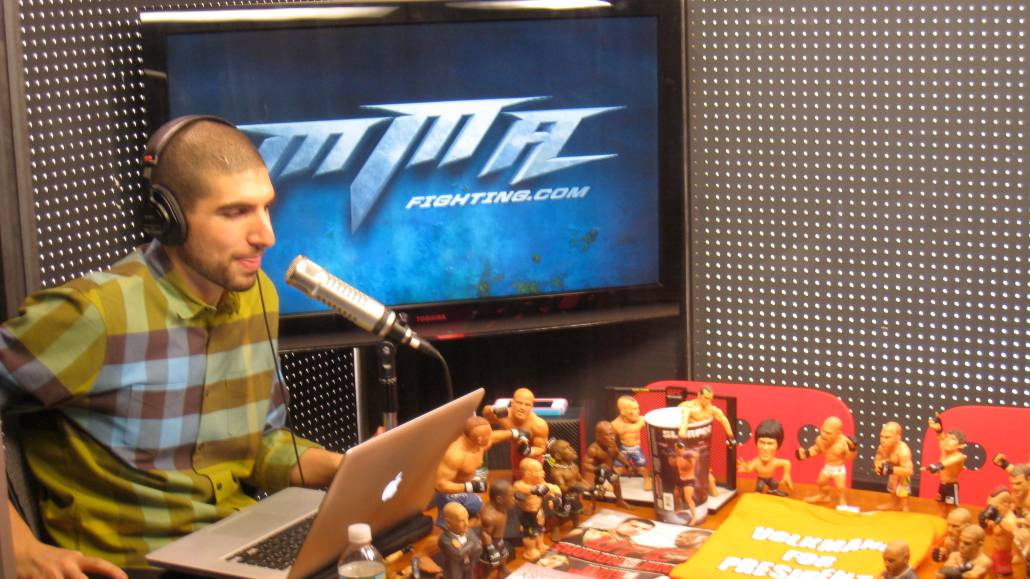 When Jim Bankoff was AOL’s programming chief in 2005, he made what some thought was a curious decision: He paid over $20 million for Weblogs Inc., a collection of blogs around areas like technology, autos and gaming.

Now, six years after leaving AOL, Bankoff has returned to the original premise of the Weblogs deal: create a technology platform centered around passionate communities to power a digital media empire. He hopes to build that on the foundation of SB Nation, a blog network founded in 2003 that he’s branded and expanded into Vox Media, which he describes as a “tech-driven media company” of 300-odd sites. What Bankoff is trying to pull off is to crack the code of media in the digital age. He’s traveling a similar road as upstarts like The Huffington Post, Gawker and Buzzfeed. Like all those companies, Vox is betting on authentic voices and a killer content-management system. Oh, he’s also got $23 million in funding to lure top-notch talent and build out Vox’s infrastructure

“Jim Bankoff is a genius,” says Brian Alvey, the co-founder of Weblogs who was the architect of its Blogsmith publishing platform that was the backbone of Engadget, Autoblog and Joystiq. In Alvey’s view: “Bankoff looked at AOL’s verticals and asked, who’s more obsessed than the gadget and game and car audience? Sports. It’s more powerful than religion.”

In 2008, when Bankoff joined SB Nation, it was a little-known afterthought of the digital-media world. It has since grown steadily, mostly sticking to its roots of fan-directed sites that proudly mix editorial with rooting interests. Visit the New York Jets site, Gang Green Nation, and it’s a far different experience than the typical fact-attribute, fact-attribute approach of your local paper. It’s an approach Vox hopes to replicate with The Verge, started last year after Bankoff lured Joystiq’s Chris Grant and Engadget’s Joshua Topolsky to join Vox. One of the major draws, the duo said, was the CMS — a shocking statement from journalists, who are usually more prone to carping about their CMS than praising it.

If that sounds familiar, it’s not that different from what you hear from the likes of HuffPo, Gawker and Buzzfeed. All believe they have a competitive advantage in their CMS and free-wheeling editorial models. A HuffPo exec at a Digiday conference last year stated that a third of the $315 million value the company got in its blockbuster deal from AOL came from its CMS. Gawker CEO Nick Denton has called it a “tech company” because of its content system. Buzzfeed, founded by former HuffPo co-founder Jonah Peretti, also boasts of its content system built for sharing.

The Vox CMS has all sorts of bells and whistles, including analytics tools and ways for writers to easily measure what’s popping in social media. There’s a heavy data component, but Bankoff resists any comparison to Demand Media, Associated Content and others in the high-volume content game.

“There are other companies that are fully data-driven and don’t care what the content is,” he said. “As a result, I think they suffer and have reputations as having low-quality content. I don’t thumb my nose at that, but I don’t think it’s sustainable.”

While Bankoff turns his nose up at SEO-driven publishing models, he’s left with a dilemma. Building audiences small site by small site is fiendishly difficult and painstakingly slow. Even now, just a year shy of a decade into its existence, SB Nation has just 10 million unique visitors per month, per ComScore. That still leaves it just a fifth of the size of Yahoo Sports.

“With anything related to media, it’s all in terms of business viability, it’s all about scale,” says Ian Schafer, CEO of digital agency Deep Focus. “They’re already looking at diminished scale in comparison, as they’re instantly in crowded space where others (ESPN, Yahoo Sports, etc.) outreach you. If they can focus on depth of content, they can stand a fighting chance.”

The trick to standing out will be going above and beyond banners and buttons. For instance, The Verge for the Consumer Electronics Show worked with Ford on videos to create an ad highlighting the team’s trip to Vegas.

While the SB Nation sites are not yet quite viewed as premium sites, they do get blue-chip advertisers. Ford, Comcast, EA Sports have recently run campaigns. However, it appears its sweet spot, at least from a media buyer’s perspective, is the local approach.

“The ability to be addressable — serving the right product, right call to action — is really powerful,” said Dave Marsey, media practice lead for North America at Digitas. “When we localize how we talk and engage a consumer, we get such a greater response rate and engagement rate because of that local flavor.”

Vox is moving into new areas. It will soon launch a video-games site and has a partnership with YouTube to run videos created by The Verge and SB Nation. More is to come, Bankoff promises.

The goal: “create a company that is true to where the Web is today and where it’s going,” he says. “It’s tech driven yet ultimately it’s about creativity and relevance. And while we certainly haven’t figured it all out, it’s a thrill trying and seeing such success early on. We all believe we’re on to something.”

Alvey, now CEO of CMS provider Crowd Fusion, warns not to count out Bankoff’s vision and approach. For a tech guy, he gives the media guy the ultimate compliment.

“He treats [Vox] like a software company,” he says. “He’s going to build a next-generation media empire.”