Get Money: How to Scam Big Brand Ad Budgets 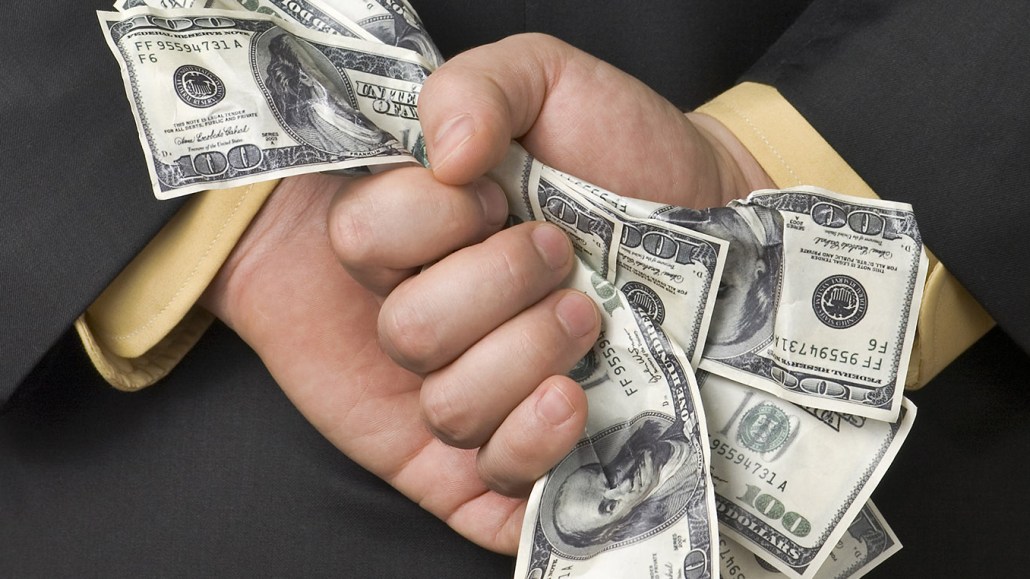 Despite what agencies and vendors might claim, the Internet remains something of a Wild West when it comes to advertising. There are still plenty of nefarious actors out there attempting to game the system and trick advertisers into paying for clicks and ad impressions that aren’t exactly what those advertisers would consider “real.”

In fact, thanks to the confusion caused by the growing number of ad networks, exchanges and various other middlemen in the online ad ecosystem, it’s easier than ever for the opportunistic to effectively steal advertisers’ dollars. “Fake display-ad impressions are estimated to account for about 30 percent of overall online traffic,” says Timur Yarnall, CEO of MdotLabs, for example.

Yarnall’s stance is unsurprising, given that MdotLabs sells technology specifically designed to weed out suspicious traffic. But that doesn’t mean it isn’t a problem. In fact, it’s one that’s downplayed and brushed under the carpet by many players in the industry because, ultimately, they have little incentive to make it stop. Vendors, tech providers and even agencies are often paid based on the volume of impressions they serve. More impressions equals more money for them. The ones who get hurt are the brands that end up footing the bill.

To highlight the issue, Digiday attempted to establish just how difficult it is to game the display ad system with a “ghost site” designed exclusively for ads, not people. It turns out it’s not that hard at all. Here’s a rough how-to:

Step 1: Build a site
This part is easy. All you have to do is buy a domain and some cheap Web hosting, and throw up a simple WordPress-powered site. To make it look and feel more like a professional production, you can even spend a few bucks on a snazzy theme from a marketplace such ThemeForest.net.

Step 2: Create some content
This part is easy, too. There’s no need to go overboard and spend hours creating original content. You can just paraphrase articles from elsewhere on the Web or embed some content from YouTube or another user-generated site. Before you know it, NotAnotherCelebrityBlog.com is born! (NB: NotAnotherCelebrityBlog is not a real site … yet.) From there, all you have to do is ensure you update the it every couple of days so it looks like an active site with rich, fresh content. Simple.

Step 3: Find some advertisers
This part is harder than the first two steps, but much easier than you might think. Ad networks and exchanges claim they “carefully select and vet” their publisher partners, but luckily for NotAnotherCelebrityBlog.com, that often isn’t the case. Vetting teams often take little more than a cursory glance at a site before approving or denying it. As long as the site looks legitimate, current and doesn’t include adult or offensive content, you stand a good chance of getting accepted by at least a network or two. Many networks and exchanges buy inventory from each other anyway, so once you get your foot in the door with one, you might see ads from the others, too.

Step 4: Buy some traffic
Some online publishers generate traffic by creating compelling content that users want to read and then distributing it through channels such as search and social media. But that’s really expensive, and it also requires the effort of finding talented content creators, and paying for things like healthcare and office space. How old fashioned!

A far easier alternative is to pay someone to send traffic to your site. Services such as MaxVisits.com, MegaWebTraffic.net and First4Traffic are here for you. MaxVisits.com, for example, sells a package of 10,000 U.S. website visits for just $11.98, or $1.19 per 1,000. As long as your site generates more than $1.19 in ad revenue for every 1,000 pageviews, you’re already making a profit. That shouldn’t be too difficult to do as long as you squeeze at least four ad units onto every page.

According to Yarnall, much of the traffic delivered by the types of services mentioned above is fraudulent. Often it’s delivered by bots trained to click on specific sites over and over again, or even by human-powered click-farms located overseas, posing as U.S.-based users through redirection technology. Either way, when advertisers pay networks for ad impressions they’re expecting to reach users that might at least be capable of buying their products. Not bots or those overseas.

But, because of the way online ad inventory is now traded, it’s becoming increasingly difficult for advertisers and agencies to keep track of where their ads are being served. As a result, there are plenty of cracks in which these “ghost sites” can hide.

Using technology to weed out bogus traffic is one solution. But another question is whether network and exchange operators should be doing more to ensure that low-quality sites don’t make it into their networks in the first place.

“I like to use the professional cycling performance-enhancing drug analogy,” Yarnall concluded. “Ultimately, there’s a big incentive for many in the industry to look the other way.”