Fake It Till You Make It in Ad Tech 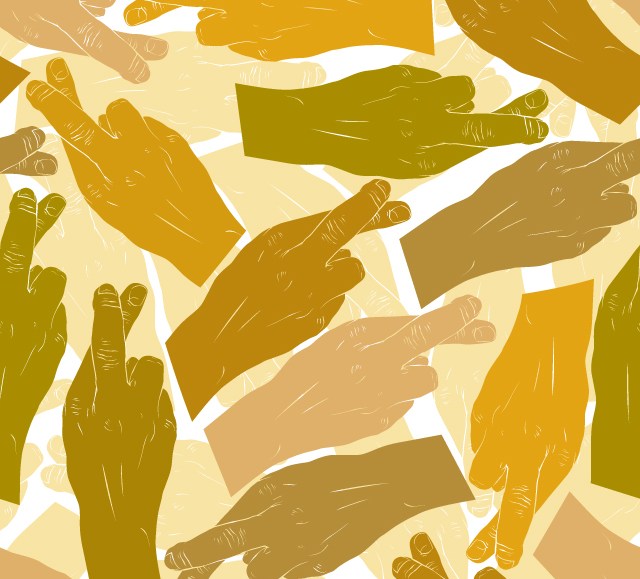 Ad tech companies often go to great lengths to convince the world of their meteoric growth and overwhelming success. The problem, however, is with the facts — or lack thereof. Pesky business metrics like revenue and profit don’t always support their success stories, so they’re often forced to get creative.

Suddenly, metrics like ad calls, transactions, number of advertisers and billings are celebrated as indicators of success, regardless of whether or not they have any bearing on the overall health of the businesses shouting about them. Even when ad tech companies crow about their revenue growth, you’ll be hard pressed to find one willing to go beyond a percentage increase — or specify if the “revenue” includes the cost of media.

“Ad tech companies are desperate to differentiate themselves and to make people think they’re successful,” said one venture capitalist, who asked to remain anonymous because of his involvement with companies in the category. “They use chest-beating, PR and puffery in an attempt to differentiate. It might help create a perception, but when someone smart looks at those companies, they can easily see them for what they are.”

The revenue-growth press release is a favorite tactic among many ad startups. A 500 percent year-over-year increase sounds impressive on the surface, but it means little without an actual revenue figure. It also bears little relation to actual profitability. Just because you’ve figured out how to trade venture capital money for revenue doesn’t mean you’re building a sustainable business.

It’s a similar story when it comes to hiring. To many companies ad tech adding hordes of people to their payroll is viewed as a proxy for success. They brag about how many people they plan to hire in the next six months, or that they’ve doubled in size in the past year, as if size equals value. Adding staffers isn’t a bad sign for a company’s health, of course, but it isn’t necessarily a good one. The appeal of ad technology in the first place was that it promised to remove some of the expensive personnel overheads that services businesses typically entail.

Rocket Fuel said in January that it plans to hire 300 people in 2013, for example. When asked, the company did not say it’s profitable. AppNexus has crowed that it delivers more than 40 billion ad impressions daily.

Then there’s the funding-round announcement, of course. Again, there’s nothing wrong with taking VC money to scale your business, but it’s a different story when stuttering businesses dress up their series E rounds as a way to “fuel expansion” when in reality they’re hoping to keep the lights on long enough to get bought.

According to Taykey CEO Amit Avner, the companies that aren’t shouting from the rooftops about their successes might be the ones with the best businesses. Some ad tech firms are grasping for new metrics and measures for their performance because they’re “losing” when judged by the old ones, he said.

But others argue that a reluctance to talk in real business metrics is a hangover from times when execs at those companies were burned by doing so. Many come from backgrounds in publishing, for example, where they’ve overshared numbers the past, said Dwellable CEO and former comScore exec Kirby Winfield. “KPI opacity is a vestigial behavior that has no real use in a startup but is very hard to unlearn,” he said. As a result, they look for other ways to demonstrate their progress.

But Avner maintains that the strongest companies in the sector shouldn’t need to shout about their performance anyway. They should focus on letting their products do the talking.

“As Margaret Thatcher put if very nicely, ‘Being powerful is like being a lady,'” he said. “If you have to tell people you are, you aren’t.”