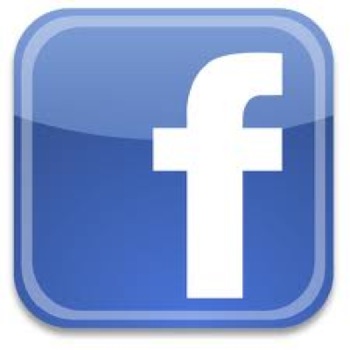 Are Sponsored Stories the Adwords of Social?: Facebook hasn’t completely nailed it yet on the ad front. By its own ad chief’s estimation six months ago, the company is about 1 percent there. One thing is for sure: Facebook has no interest in adopting tried-and-true tactics like banners. Instead, it is banking increasingly on Sponsored Stories. Word is out that Facebook will now include Sponsored Stories into the News Feed. That’s going to get them a whole lot more attention. The idea behind the ads is simple: surface in an ad unit actions friends are taking related to a brand. Research has shown users are more likely to engage with any content, including ad content, that comes with social recommendation. Sponsored Stories could be the scalable, repeatable ad format that gets Facebook closer to pulling off the trick Google did in marrying Adwords listings with algorithmic search results. TechCrunch  — Brian Morrissey  @bmorrisseySuperStream: NBC announced that it will stream the Superbowl live on the Web this February, a decision that is being touted in the media press as “big” and “historic.” Really? What’s the big deal? NBC isn’t really going out on a limb here. You know a lot of NFL fans who spend Superbowl Sunday in the office and might need to stream the game? Or people who plan on sitting in some Wifi enabled park in the middle of February so they can stream the game outdoors? Who exactly is the audience for this? Essentially, streaming the Superbowl is something the NFL’s partners should have been doing years ago, considering if presents no real threat to the game’s massive TV viewership or ad dollars, or the NFL rights packages. Wake me up when the NFL starts streaming live games outside of their core markets, potentially upsetting partners like DirecTV. Now that would be big news. MSNBC.com — Mike Shields @digitalshields
Appssavvy’s Tech Pivot Gets Backing: There’s nothing like a good pivot to round out a startup story. Appssavvy made its name as an outsourced sales team for emerging social game publishers. It crafted breakthrough campaigns that ran on Zynga and elsewhere. That business, however, is high touch and generally sees declining margins. The company is now coming out of a pivot, during which is shifted its business to be a tech platform that powers “action-based ads” for publishers. The shift got a big vote of confidence from Appssavvy’s existing investors and new backer AOL Ventures with a $7.1 million round. The goal: become the DoubleClick tech platform for a new type of advertising that’s more user-centric and less peripheral than banners. The interesting thing to watch is whether Appssavvy’s Adtivity platform can make the leap from gaming properties like OMGPop to established content publishers looking for differentiated ad options that can scale. Inside Facebook — Brian Morrissey @bmorrissey

Kindle Fire Ad Impressions Growing Quickly:Kindle Fire is hardly an iPad killer, at least yet. It’s still destined to carve out a niche and is already proving yet another place for digital ads. According to data from mobile ad firm Millennial Media, ad impressions on the Kindle Fire have been growing steadily at a rate of 19 percent a day, slightly outpacing the number of impressions it served to Apple’s iPad when it launched in early 2010. Of course the Fire is entering a very different market almost two years on, but the impression rates at least suggest that Fire users will consume just as much content as their iPad-wielding counterparts. PaidContent — Jack Marshall @JackMarshall

Big Data Hype Machine: Pundits love big trends, and none was bigger in 2011 than big data. A slew of startups emerged promising to help brands, retailers and publishers handle the flood of data flows that emerged from ad technology that rendered deep, granular insights into consumers’ behaviors. The problem with the big data trend was that it created a lot of point solutions that made analysis and content optimization messier and eventually less efficient. At the end of the hype train tracks, there’s a big cliff: what to do with all of this stuff. Big data should mean better values for clients: sharper insights on what consumers want and better targeted ad campaigns that eventually produce a discernible result: brand lift or a sale. VentureBeat
–Carla Rover @carlarover