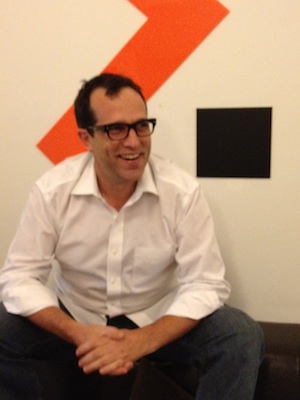 Operative CEO Mike Leo, also the co-founder of Avenue A (now Razorfish), has spent more than 17 years in the digital media industry. Leo doesn’t think the rallying cry to get rid of ad-tech clutter should focus on consolidation as a solution. Instead, there’s a need for truly neutral platforms.

Is another round of consolidation in the ad-tech industry really inevitable?
There certainly have been many acquisitions, but I think that a lot of this positive talk about consolidation has been driven by bankers. There are definitely more pieces of the puzzle than there were three years ago, and it’s not slowing up. But publishers and agencies aren’t anywhere near the point where they are thinking that things are getting simpler because of consolidation. I know that several of the major players out there would like to say that consolidation is doing that, but that’s not the case. I don’t think that Google buying DoubleClick made life simpler — or any of the many transactions that they’ve done. And the reason for that is for every piece of the puzzle that’s been consolidated, there’s a lag time. It takes a while for that piece to be integrated into the system. Then for every piece of the value chain that’s integrated, another three new startups pop up. It’s a false premise out there, this idea that life is going to get easier because of acquisitions.

There are still lots of companies out there solving only one problem or parts of a problem. Why is that?
A lot of this has been caused by venture capital in funding these little pieces and not focusing on solving the harder problems and making it all come together. Our industry is complicated, but look at an industry like, say, Apple’s or the auto industry. There are industries that are much more complex than we are, and the end-user doesn’t have to deal with this mess. Imagine if you bought a car and the salesperson had to enter your order into the computer of each robot handling each piece on the manufacturing line. That’s our space. Now there is an idea that this problem can be solved in every industry the same way, with some kind of platform, with some sort of digital management platform with hooks in the supply chain and hooks in the demand. One of the role models for this idea is Walmart. You scan a tube of toothpaste, and all of these elements are set into motion automatically. Our industry has not executed at the business level, we are still at the production level. Now we have seen this approach with early-adopters, like News Corp. and Dow Jones — companies that really understand the concept of GRP and how to bring this stuff together. Now the need is for an agnostic hub. The biggest challenge in our space is all of the people calling themselves a platform. To be able to call yourself a platform, you have to be able to bring all of these pieces together. You need to have scale. That’s number one, and you need to be agnostic.

What is hindering ad tech from becoming more manageable?
The problem is that all the people calling themselves platforms are not agnostic. Like Right Media cutting out all of the seats. There’s not an agnostic platform. Everyone is competing against each other and trying to be in the revenue stream. A lot of people out there building out technology are playing the role of middleman. That makes it even more difficult to simplify the process because everybody has their little horse in the race on determining what a standard is. What is going to happen in the next few years, on the buy side and the sell side, is that business end-users are going to have a business-intelligence system that is integrated with whatever part of the supply chain that they need, for whatever that campaign needs, and they won’t have to know how that sausage is made.

Are vendors going to start collaborating in order to pull brand dollars?
I believe that the real consolidation will be end-users coming towards agnostic hubs that are not necessarily competitive to the ecosystem.

Who has the responsibility to force change in the landscape?
In 2005, we finally agreed on what a click was. That took a mere 11 years, so that wasn’t bad, right? The IAB can do wonderful things, but they can’t really change the way things are; the market has to. For the buyers and the sellers, they have to understand something: There is a difference between outsourcing your technology and outsourcing your business. The problem is that venture capitalists have been throwing money to people who have been trying to monetize the inventory on both sides. This created all of this fragmentation to the point that it’s not even clear in some cases who is the seller. I once read an article from The New York Times about an executive from one of the large advertising agencies who stood up at a conference and proclaimed that he wasn’t going to buy media anymore from “media buying services” that were buying media at undisclosed prices and reselling it. That wasn’t a reference to modern ad networks, this article was written and published in 1968. A few years later, all of those media buying services were forced into a generally accepted 15 percent transparency model. So a few large buyers and sellers said no to that system back then. As buyers and sellers figure out how to work together, it will squeeze out technology providers who are middlemen and will replace them will technology providers that truly enable. Publishes have to look at their ad-tech suppliers as a critical part of their business, and not give up control of their client relationship in the process.

This post was updated to clarify Mike Leo’s point about media-buying services.