Can Conferences Save The Media Industry? 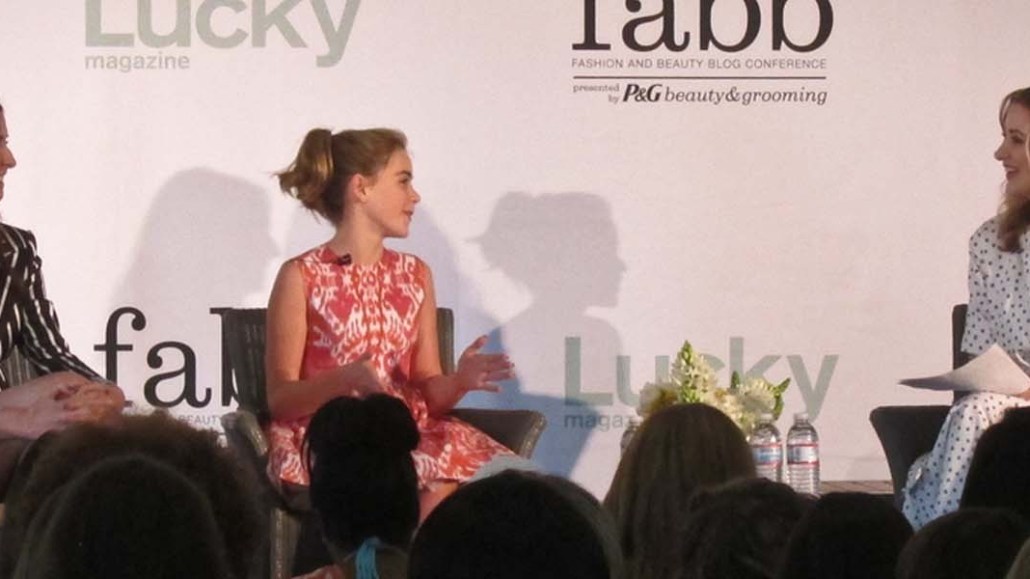 It’s hard out there for traditional media. Take, for example, Lucky magazine. In late 2010, its longtime editor was recently replaced, and, like the rest of the industry, its traditional source of revenue, ad pages, was waning.

But that didn’t deter Caroline Waxler, the title’s new director of digital content, who immediately set to work. Waxler not only beefed up the shopping publication’s online presence – hiring editors and bringing bloggers into the fold – but created a huge new revenue stream: The Lucky Fashion and Beauty Blogger conference.

“From my experience, I knew conferences and live events were a big revenue generator,” Waxler, who had previously co-founded the Glasshouse NY and Glasshouse SF events, said. “There’s something special about live events and the FABB conference immediately became the big, shiny, attractive thing to sell to advertisers. It pushed a lot of revenue to the magazine.”

Lucky, it turns out, was at the forefront of a new wave of media properties that are diversifying into conferences as a way to boost their bottom line. Ad pages are down everywhere and advertisers are paying pennies on the dollar for those big, shiny banner ads on publications’ websites. Many publications are leaning on sponsored posts or integrated ads in which advertisers pay more for an advertising-editorial collaboration, and some are even instituting a pay wall retroactively. But increasingly, media companies (Digiday included) believe a business model that incorporates conferences is better suited to bring in some much-needed cash.

The same year that Waxler, now the festival director of Internet Week, started the Lucky FABB conference, Tina Brown kicked off her Women in the World summit which was so successful and raked in so much money that one media wag within the IAC building quipped, “It’s the reason why Tina is still allowed in the building.”

Last March, Interior Design got into the game, and within 16 months, its Giants of Design event had partnered with more than 177 companies as event sponsors according to ID’s events director Rachel Long.

“Many of our events sponsorships require a certain amount of business with us in print and digital advertising revenue, so we drive sales across platforms,” Long said. “More importantly, we offer advertisers new ways to connect with customers and prospects, and bolster their sales and marketing efforts to a targeted audience.”

Cindy Gallop, the advertising consultant and former chair of the US branch of advertising firm Bartle Bogle Hegarty, and founder of the IfWeRanTheWorld and MakeLoveNotPorn, said, “The economics of a conference are astounding – create something extraordinary, and people will pay anything to be there. TED costs $7500 to attend, and they have a waiting list of thousands.

While this may not be a new phenomenon, it has become an increasingly popular one – especially as it is seen as a natural outgrowth of interactivity and engagement. (Digiday itself started as a conference series and still earns a percentage of its revenue through the events it hosts.)

“Saying the conference industry has exploded is not an exaggeration,” David Adler, founder of BizBash said. “The industry has increased tenfold in the past few years. Twenty percent of marketing budgets in general are face-to-face events.”

The most successful include the likes of the relatively new, small and blue chip events All Things D, TED and the Founders Conference. All three are held up by people involved in conference industry as the way to do a perfect event: invite only exclusive, interesting and innovative people.

But not every conference can become TED. In fact, there may even be too many conferences. Every magazine, newspaper (with a few notable exceptions) and website seems to want to throw an event. Some do it well, while others flail miserably in a sad attempt to mimic their more successful counterparts.

“It’s a morass of too many conferences right now,” Gallup sighed, a sentiment that Waxler echoed. “Nowadays, everyone in every business is throwing a conference. The best speakers have been around New York 10 times in the past year,” she said. “The smart attendee is the one who selects a conference – even if it’s not reimbursed by his or her company – for own personal development and networking.”

It’s an important bit of advice, because not every conference is going to be a success, as even former Washington Post publisher Katherine Weymouth learned when she made plans for an exclusive “salon” at her home. For as much as $250,000, lobbyists and association executives would get off-the-record access to Obama administration officials, members of Congress and the paper’s reporters and editor. The whole thing smacked of selling access, and the public outrage kiboshed the salon.

If Weymouth held her events at the local Hyatt, had several people speak on a stage with a larger number of people in attendance for a smaller amount of money, it might have been dubbed a conference. A good one, at that.