On the Trail With Bloomberg’s Billionaire Hunters 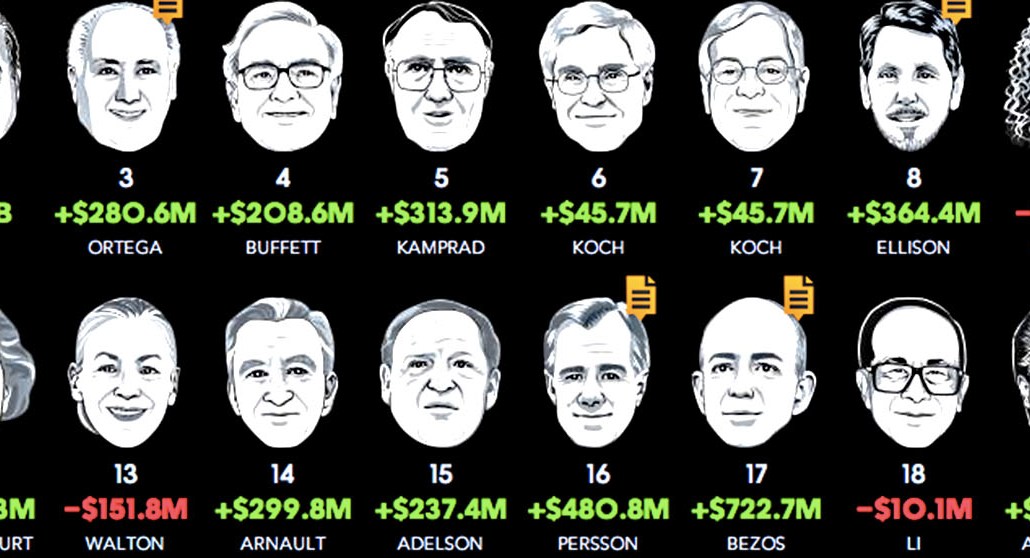 Last summer, David De Jong caught wind of Gunther Quandt, a German industrialist and Nazi, who founded an industrial empire that today includes BMW. De Jong wasn’t interested in Gunther so much, as his sons Hareld and Herbert. They went on to inherit their father’s empire, but while Herbert’s heirs have remained somewhat in the public eye as BMW’s controlling shareholders, Harald’s heirs have not. The reason? After his parents divorced, his mother married Joseph Goebbels, one of Adolph Hitler’s closest associates, making him Hareld Quandt’s stepfather.

A few clicks and searches later, De Jong stumbled upon what he wanted: an “opaque-looking website” called “Harald Quandt Holding,” which listed the company’s assets at $18 billion. This nondescript website, hiding in plain sight, was the thread that De Jong yanked to unravel the full story behind Harald Quant’s heirs and their hidden fortune. With some diligent digging, De Jong was able break the news that each of Harald’s remaining four daughters is a billionaire, among the richest people in Germany. Hence the headline: “Nazi Goebbels’ Step-Grandchildren Are Hidden Billionaires.”

This is the life of a billionaire hunter, employed by Bloomberg to compile its Billionaires Index. At the time of its launch last year, the Billionaires Index was a static list with 20 names. Today, it’s a live, interactive data set that has grown — thanks to a team of about 20 reporters in nine countries — to include 200 of the world’s known billionaires (minus Michael Bloomberg himself, because it is conveniently the company’s policy to not cover its founder). There’s much work to be done, as Bloomberg Billionaires editor Matt Miller estimates there are some 1,500 billionaires out there, waiting to be found.

For Bloomberg’s team of billionaire hunters, there’s more than the thrill of the hunt. There are the great stories that make great journalism.

“This story hadn’t been told on a global scale,” said De Jong. “The Quandt family had more that 50,000 slave laborers — they were some of the most ardent Nazi supporters, but they managed to keep the story under wraps for the most part.”

The Billionaire’s Index is updated every day after the market closes using valuation models that Bloomberg built from scratch, giving people a real-time look at the world’s wealth, along with a handful of data visualization features that let you look at specific sets of billionaires according to criteria like gender, source of wealth, time periods and country. A heat map feature shows the concentrations of wealth all over the world and how they have shifted over the years.

The user-friendly design, complete with the Wall Street Journal-style stippled sketches of each of the billionaires, is meant to appeal to a mass audience – people who are interested in the general ups and downs of people’s net worths in different industries, academics and anyone else curious about the 200 people who collectively make up $2.9 trillion of the world’s wealth.

Finding and keeping track of these billionaires is about more than poring over reams of financial data. For the billionaires team, it involves figuring out who is about to hit the billion-dollar mark according to market activity, and it’s also about following hunches and brainstorming possible areas that billionaires might be hiding. Billionaires don’t typically send out tweets announcing their newfound status.

In the case of De Jong, the trail of Quandt’s fortunes took him on a six-week investigative trek through Germany, where he chased down wealth managers, historians and Harald Quandt Holding’s CEO Dr. Fritz Becker.

According to Miller, Europe has been a rich vein, so to speak. The luxury and food sectors have been particularly fruitful areas this year. The Bloomberg Billionaires team, for example, recently reported that the wealth of Spanish retail and real estate magnate Monty Ortega soared to more than $62 billion – ranking him at No. 3 in the world. Closer to home, in February the Billionaires team uncovered America’s youngest female billionaire: Lynsi Torres, the owner of popular burger chain In-n-Out Burger.

And then there’s the culture king. “With this Greek yogurt craze, it was just about asking, ‘Who the hell is Chobani?'” explained Peter Newcomb, editor for Bloomberg’s billionaire coverage in America. Turns out Chobani’s founder, Turkish immigrant Hamdi Ulukaya, is also a recently minted billionaire thanks to America’s Greek-yogurt obsession.

Reporter Brendan Coffey uncovered hidden Florida real estate billionaire Gary Morse after hearing from his father-in-law about the runaway popularity of the houses in The Villages, a quickly growing Florida retirement community. It took weeks of research and poring over bond prospectuses, but eventually Morse’s billionaire status revealed itself.

“For me, it’s making sure that you can really pin down the facts, because  often times [the billionaires and their CEOs] are uncooperative,” said Coffey.

And according Miller, the list is only going to get bigger, thanks to the constant investigative efforts of the team and the technology and data behind the Index. Recently, Miller’s team has been uncovering one or two new billionaires a week. And he estimates that there are at least 1,500 billionaires in the world today compared to about 750 in 2001.

“These billionaires really affect your life,” he said. “They control huge companies and resources that we all use every day.”