9 Incredible Examples of The BuzzFeed Backlash 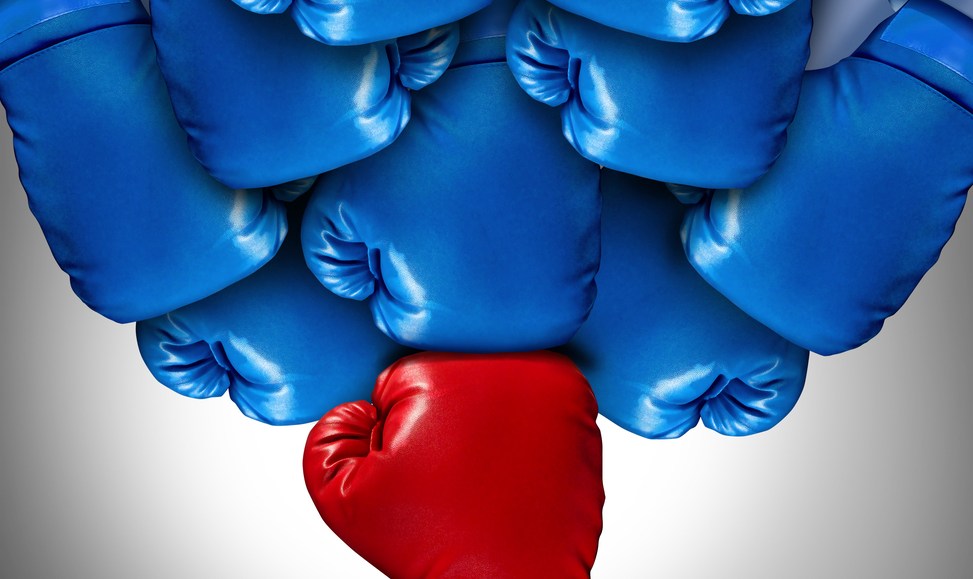 History books will look back on July 2013 as the month the BuzzFeed backlash hit its tipping point.

In typical BuzzFeed fashion, the social publication framed an explainer on the political upheaval in Egypt this week, illustrated by GIFs.

People were not happy.

It was the social publishing equivalent of Gavrilo Princip throwing the bomb in Sarajevo.

Commenter Rajan Roy wrote, “I regularly defend BuzzFeed’s hard news coverage as some of the best around to old-fogey media types. You just made that job infinitely harder.” Sites like The Independent and Slate called it the worst thing BuzzFeed’s ever done.

That’s saying a lot, particularly since anti-Buzfeed sentiment has been percolating for a while. Here’s a tour through the brewing backlash – using GIFs of adorable animals being adorable, naturally:

No. 1: In December 2012, BuzzFeed contributor Jack Stuef wrote a hit piece on popular Internet cartoonist Matthew Inman, aka The Oatmeal. Problem was, the expose was riddled with inaccuracies and factual errors. Inman wrote a scathingly hilarious annotated response to the BuzzFeed piece. From sites like Giga Om to Hyper Vocal, the rest of the Web went nuts when BuzzFeed balked at apologizing. Gawker’s Max Read summed it up succinctly: “BuzzFeed fucked up, and the internet piled on, eager to take down the rich new media company and support the solo viral comic artist it was bullying.”

No. 2: BuzzFeed has also been dinged for taking photos from Reddit to illustrate a sponsored story. After being called out on it, the company apologized, scrubbed the photos from the ad and put up new ones from Flickr licensed to Creative Commons.

No. 3: In February, The Dish’s Andrew Sullivan went mano-a-mano with BuzzFeed editor-in-chief Ben Smith about the site’s use of sponsored content. “Native” advertising, which is BuzzFeed’s bread-and-butter, is viewed by many media companies as a compelling alternative to the banner ad. But Sullivan, like many journalistic purists, argues that sponsored content blurs the line between editorial and advertising.

No. 4: While many publications have copied the BuzzFeed style of pithy content over GIFs, outlets are now, ahem, brazenly mocking the model, like this recent Vanity Fair post “40 signs you are a BuzzFeed writer running out of list ideas.” For example, No. 25: “You have never been so stoned in your life,” which links to a BuzzFeed listicle “21 Summer Pies To Make A Life In.”

No. 5: Even BuzzFeed’s own contributors are beginning to poke fun at the site. Poynter reported earlier this week that Joe Veix posted a listicle “The 10 Dumbest BuzzFeed Lists You’re Embarrassed To Say You Clicked.” The site took it down, saying while it has a sense of humor, this particular post wasn’t in good taste.

No. 6: Last month a photographer filed a $3.6 million lawsuit against BuzzFeed claiming the site used his photo without permission. While perhaps a bit of a media stunt, the suit underscores several concerns of intellectual property law in the viral age. As Scientific American’s Alex Wild writes, “By the time an artist locates the infringement, composes a takedown request, and waits several days for a response, BuzzFeed has already reaped all the significant page views and advertising dollars. Meanwhile, the artist has received precisely zero percent of the revenue earned off their work.”

No. 7: Then there’s the cut-and-paste problem. Many of BuzzFeed’s most-viral hits contain material lifted from elsewhere online. Its lists may be original in the sense that a BuzzFeed staffer cobbled them together. But the content, the images and GIFs that make up those lists come from all over the Web. Slate’s Farhood Manjoo wrote in June 2012, “They polish and repackage what they find. And often — and, from what I can tell, deliberately — their posts are hard to trace back to the original source material.”

No. 8: Gawker also weighed in, offering its own examples of how BuzzFeed copies content from sources like IMDB and Reuters.

No. 9: NPR – even NPR! – has a beef with BuzzFeed. The public broadcasting network claims a recent BuzzFeed listicle about the “8 Foods We Eat In The U.S. That Are Banned In Other Countries” (which has more than 5 million views) misreported and misread an NPR article about arsenic and chicken.

BuzzFeed has been a media darling for the last two years, but lately the howls of outrage about its modus operandi have grown louder in the media echo chamber. But as long as it can continue to generate traffic through these types of stories, BuzzFeed is unlikely to slow down. Or as Slate’s Manjoo wrote, “The secret to its viral success is to find stuff that’s already a minor viral success and make it better. Repeat the process enough, and you’re bound to get a few mega-hits. That’s not genius. It’s a machine.” A money-printing machine, to be precise.