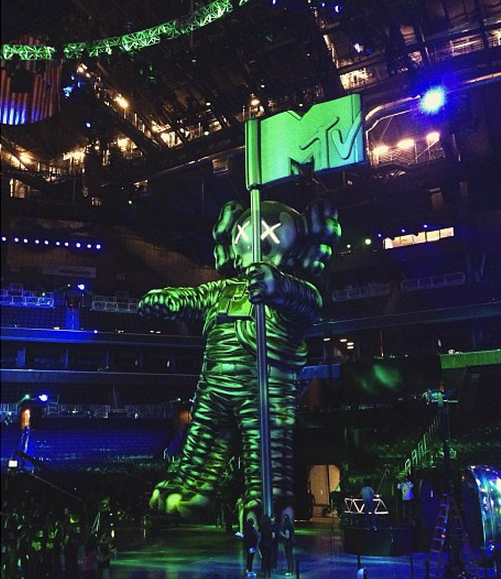 Unlike brands, which have the resources to play on as many platforms as they wish, publishers have taken a cautious wait-and-see approach to social media. But increasingly, publishers are experimenting with Instagram because the platform does, to some degree, spread awareness of an outlet and allow it to show its photographic chops. Here are five publishers doing interesting things on the social photo platform.

It’s been 32 years since MTV aired “Video Killed the Radio Star,” announcing video’s importance to the cultural zeitgeist. Today, while the network is more reality TV-driven and less music video-oriented, it does post music-related photos to its 1.7 million Instagram followers. Beside putting up images of pop stars like Katy Perry (this one has garnered 34,000 likes — and it’s just her holding up a microphone), it’s also taking advantage of the platform’s video capabilities. You can get your MTV News in 15-second bursts highlighting the music news of the day, like this announcement of Demi Lovato’s new tour and Justin Timberlake’s new album. The post had 10,000 likes.

NowThis, the social video news company, wants to be the CNN of social news. “If we’re going to be truly a mobile-centric news company, we can’t presume they’ll come to us,” said Ed O’Keefe of the company’s 46,000 Instagram followers. “News goes to the user, so we’re going to their environment.” NowThis creates 12 videos per day specifically for Instagram, including the first-ever Instagram-only interview, a five-part series with Newark mayor and Senate hopeful Cory Booker.

National Geographic’s Instagram feed is a digital passport across the planet, taking followers from the heights of the Atacazo volcano in Ecuador to the depths of the underwater cave system near Tulum, Mexico. It updates with new images about five times per day to its 2.4 million followers. Posts typically get in the tens of thousands of likes. Some can get six-figure likes, like this picture of a polar bear walking on ice as the sun sets. The outlet also takes pains to highlight the photographer who snapped the image, putting his or her Instagram handle into the description of the post.

The news-wire service reports the news through big images on Instagram. The company posts around four times a day, offering its 27,000 followers a window into what’s happening around the globe. For example, here’s a photo of a controlled demolition in Shenyang, Liaoning province, China. Reuters uses an abundance of hashtags so that people searching for specific news or locations can find images easier.

The fashion magazine recently took to Instagram to present a pared-down glamour shoot. Vogue used an iPhone to capture model Hillary Rhoda in spots across New York City. Vogue has 667,000 followers on Instagram and posts about five times a day. Images range from the the catwalk at Fashion Week to 15-second videos asking models, like Julia Frauche, how they got into the business. But beyond beautiful people, Vogue’s Instagram feed is littered with fashion-related images, like this one asking how Nike’s FuelBand became “the A-list’s chicest accessory.”