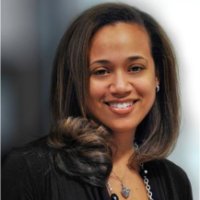 This is the third story of a series examining how marketers are building the socially connected brand. It is brought to you by Turn, the cloud marketing platform that transforms the way leading advertising agencies and marketers make decisions.

Coca-Cola says it can find no correlation between “buzz” on Twitter and actual unit sales. Auto manufacturer Nissan admits it has no idea if social media helps it shift cars. MasterCard can’t tie its social investment to revenues. In fact, there remains little evidence social media does anything to boost brands’ bottom lines.

You’d think that would mean a crisis. That’s not the case.

“We don’t think about the ROI of social; we think about the cost of ignoring it,” said Nissan’s director of digital marketing, Erich Marx. “I’m not dismissing ROI — because it’s always important — but we’re not about to cut back or dismiss social media because we can’t define it,” he added.

Adam Broitman, MasterCard’s vp of global digital marketing, held a similar view. His company can’t draw a correlation between its social efforts and business metrics like sign-ups, but it doesn’t need to.

“At this point, I think of social media like air. We have no choice but to breathe it.”

That said, Broitman said the brand is saving money by using social for things it used to have pay for, and that benefit is tangible. Instead of forking out for things like focus groups and research, it can achieve the same results using social media. The fact that it’s making savings there helps justify its more marketing-focused “outbound” social activity. Initiatives like handing out concert tickets to Beyonce fans when they tweet about the artist.

“For us it doesn’t have to be an exact science. If people are talking about our brand in a favorable way, that’s good enough.”

But that raises the question of how brands determine what they should be spending in social. If they’re convinced there’s value in doing so, but they don’t know how much, how do they go about deciding what resources to dedicate to it? Broitman’s rationale only works to a point. CEOs aren’t in the business of generating “social buzz” for their shareholders and investors; they’re after revenues and profits.

That’s where softer metrics like impressions and “engagement” come into play. Social media might not be driving sales directly, but in that respect, it’s like any other media. Brand advertisers can at least figure the cost of a social impression and compare that cost to other media, such as TV.

Beyond that, a lot of it comes down to gut feeling, Marx said.

“If brands are losing sleep at night wondering about ROI on their social investment, they’re investing too much in social,” he said.

Nonetheless, brands are still striving to find better ways to measure their social spend. Coca-Cola’s vice president of integrated marketing communications, Pio Schunker, told Digiday the brand is investing heavily in figuring out how it can make better use of its huge social media footprint. A big part of that is digging deeper into the vast amounts of social data it’s collecting in an attempt to better understand what it does for its business.

But again, Coca-Cola is not about to cut back on its social media investment. That initiative is more about looking for new opportunities.

Ultimately, brands might not be overly concerned with social ROI because they’re not spending large portions of their marketing budgets on it. If they can figure out exactly how social affects their bottom lines, that’ll change.