The Awesome Mizuno Ad You Will Never See 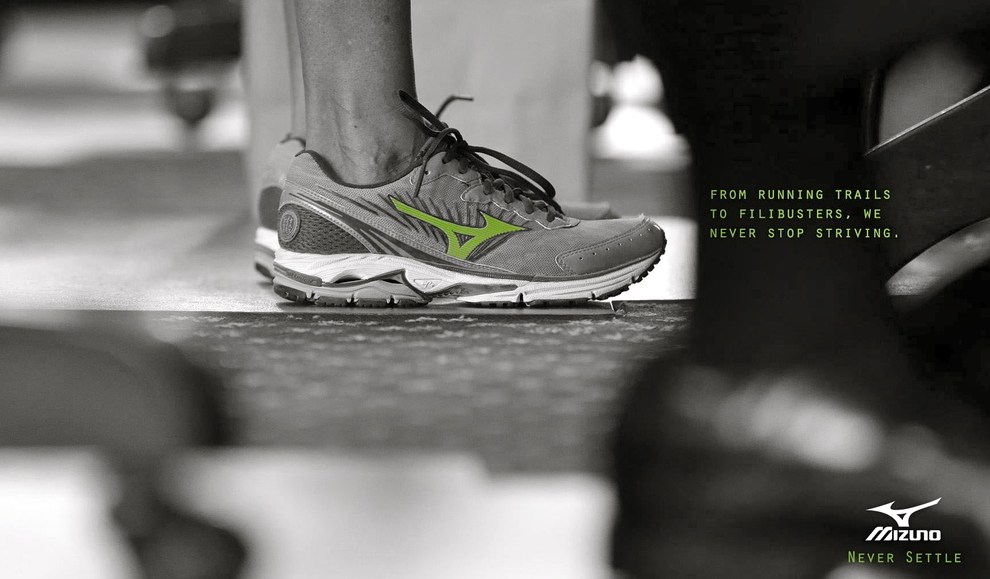 Texas state Sen. Wendy Davis  may have scored Mizuno a windfall of online and media buzz when she wore the brand’s “Wave Runner” shoes during her marathon filibuster against the proposed abortion limit law there last week. But the company’s social response was, well, pretty lame.

Now two ad creatives have taken it upon themselves to seize the moment to create an ad for the brand.

LatinWorks creatives Gerardo Guillen and Ricardo Duran created a spec ad for Mizuno that tips its hat at Davis’ 13-hour filibuster. The ad features a black and white version of the now-iconic image of the senator’s feet in the Mizuno kicks, along with the copy, “From running trails to filibusters, we never stop striving,” and the slogan “Never Settle.”

It’s a simple ad that lets Mizuno tastefully capitalize on part of the buzz surrounding a touchstone moment in a major national conversation.

In the age of real-time marketing, most brands would kill for an opportunity where an important figure is seen wearing the brand’s product during an important event – an event that generates organic social media buzz and opportunities for brand engagement. And yet, Mizuno’s actual response was a fairly boring, diplomatic blog post about all of the attention and increased site traffic and so on.

The company may have been understandably wary of getting involved in a hot-button topic like abortion. Still, it’s too bad for Mizuno that they weren’t quicker on their feet.