Would You Snapchat With Taco Bell? 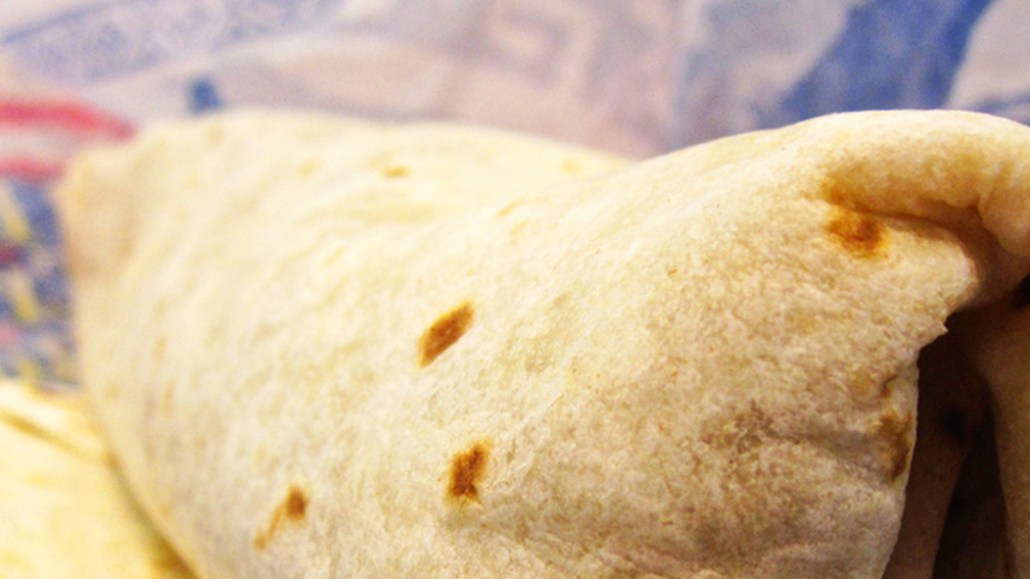 Snapchat has become a staple in the lives of many teens and young adults. And now big brands like Taco Bell want you to Snapchat with them.

Taco Bell is one of the first major brands to use a new Snapchat feature called Stories, which allows users to create 24-hour-long narratives by stitching together fast-disappearing photos and videos. The fast food chain ran a series of eight photos and videos that tell the story of a group of friends’ journey to Taco Bell.

Nick Tran, its social media lead, says fast food chain was “in contact with Snapchat the day they announced the Stories feature, and we let them know that we launched our first Story that day.”

Tran says Taco Bell thinks the “feature is a great way to connect on a personal level and share stories as they happen in real time with our friends.”

Snapchat, which boasts 350 million photos shared a day, has come under fire in some quarters for encouraging sexting. But its large and growing user base is undeniable, helping it recently attract $60 million in venture capital backing in June.

That reputation for the risque certainly wouldn’t scare off a brand like American Apparel. The Los Angeles-based retailer created a Snapchat account last week and sent out its first “snap” on Monday: a picture of its Los Angeles headquarters and read “Hello, from American Apparel,” was pretty tame compared to the almost tediously risque (and occasionally tone deaf) social forays it is known for.

American Apparel spokesman Ryan Holiday told Digiday in an email that the hip tog monger created its account under the handle AmericanApp last week. Running advertisements on the app, he says, is “something we would certainly consider.”

Even though brands appear to be signing up, Snapchat may prove far more difficult to advertise on than Instagram, Facebook or Twitter. Before any retailer could use the Stories tool, it would need to build a following on the app, which means committing to sending messages that disappear into electronic ether in seconds.

“Stories provides a newsfeed-like function for Snapchat, but we still need users to connect to retailers,“ said Mitch Joel, the president of the digital marketing firm Twitch Image. “You need activity so someone will want to add you to their feed.”

One way to connect with users is showing a little skin. In September, Adweek reported that Karmaloop, a clothing e-tailer, attracted more than 2,000 Snapchat followers after two weeks.

“Our snaps are not for the faint of heart — you got to be ready for a little bit of boobs and butt,” Megan Knisely, Karmaloops’ marketing director, told Adweek. “We’ve toyed around with a little bit of nudity, but nothing hard-core. We have played up the fun, sexy side of things.”

Consumers will need a concrete reason to follow retailers on Snapchat, and given how personal the app is, compared to a platform like Instagram, it’s unclear how a brand could accomplish this. Joel also says that before retailers invest, they’ll need to ask, can you do something that is over and above an Instagram? He says that will be a difficult question to answer.

This doesn’t mean that brands won’t give Snapchat a shot. Doug Stephens, the author of The Retail Revival and a self-proclaimed retail futurist, says that retailers may use Stories in the same way that Doritos and Taco Bell used Vine to unveil their new Doritos Locos flavor.

Digiday attempted to contact Snapchat to see if any major brands had inquired about advertising but received no response.

“Any chance there is to publish something, especially in this free-impression type world,” Joel says, “you can be sure brands are going to jump in on it.”