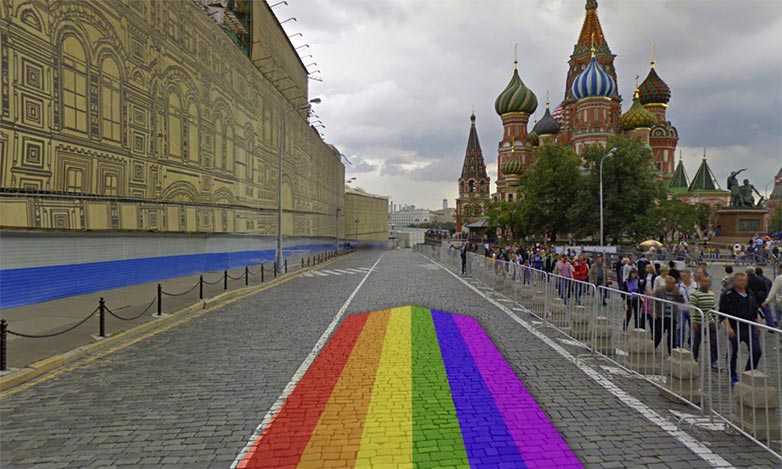 M&C Saatchi New York is teaming up with LGBT organization NYC Pride to help stand up for gay rights in Russia by staging a digital parade.

In June 2012, Moscow courts enacted a 100-year ban on gay pride parades until 2112 — pretty extreme — and this past May, the courts upheld the ban. The decision was issued just days after a 23-year-old man was killed in a homophobic attack in the city of Volgograd, Russia. Adding insult to injury, despite condemnation from human rights groups around the world, this past month, Russia’s Parliament voted to pass a law that bans LGBT events or public discussion and prohibits individuals from providing information and/or educational materials to minors about the homosexuality. In an effort to fight against Russia’s repressive government and to show support for Russia’s LGBT community, M&C Saatchi is helping NYC Pride create a virtual gay pride parade through the streets of Moscow using Google Maps on the same date of the NYC Pride Parade on June 30.

“When we opened this office, we made ourselves a promise that one of the things we would do was apply our creative and strategic thinking not just to business, but to causes we felt strongly about,” said Pierre Lipton, chief creative officer at M&C Saatchi. “We believe that LBGTQ rights are basic human rights and should be supported by everyone, regardless of their gender identity or orientation.”

The Moscow virtual parade, which gets around Russia’s discriminatory laws, will take place on virtualpride.org using a special geolocation app that will show the virtual Moscow parade following the steps taken in the actually New York parade. M&C Saatchi is also aggregating tweets of support with the hashtag #virtualpride. These tweets will appear in voice-bubbles during the virtual parade on the route’s sidelines, allowing users to “virtually” attend the parade as spectators. Users are encouraged to go to virtualpride.org now and preload their #virtualpride tweet for the live event to ensure the virtual streets of Moscow are as packed as those in NYC.

This is an awesome example of an advertising agency doing creative work for a good cause. While the issue of brands getting involved in social issues is still up in the air, it’s always nice to see an agency putting aside the usual task of making creative that sells stuff and instead doing work that helps people and stands up for human rights. 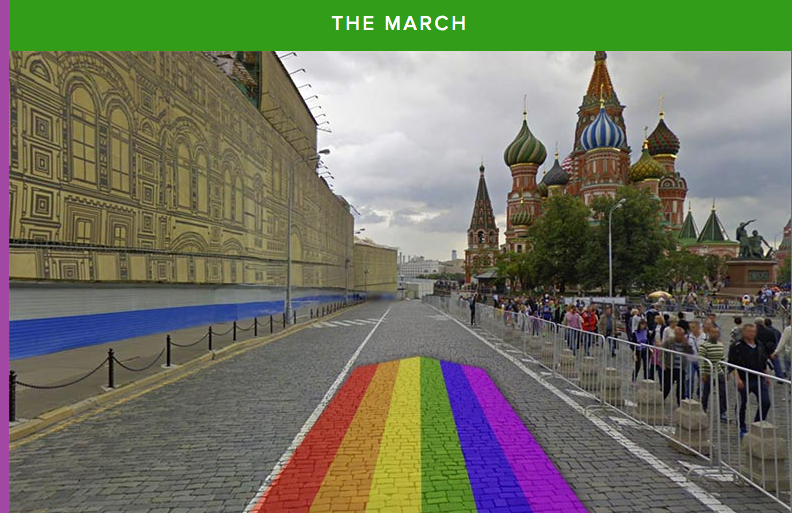