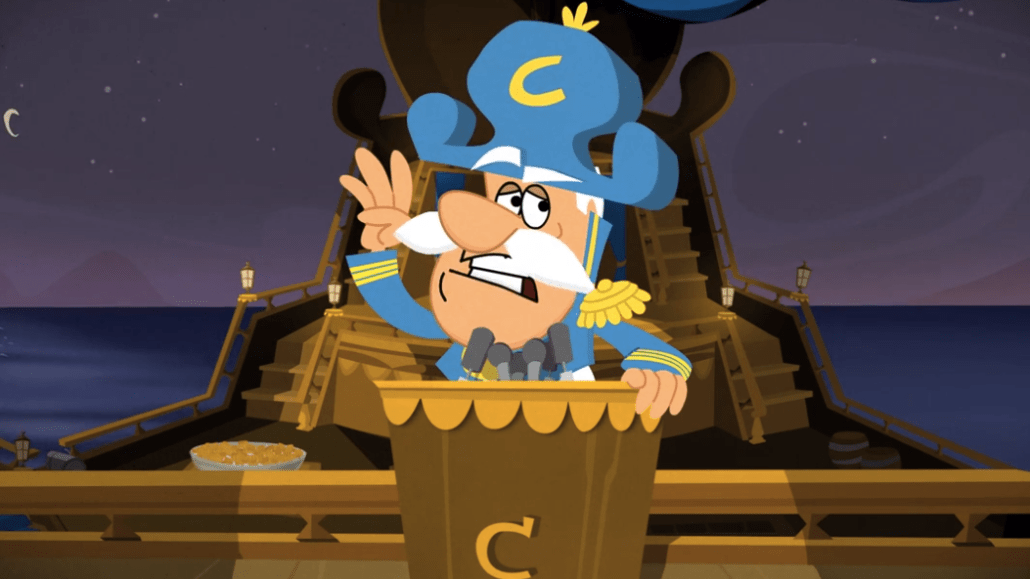 Cap’n Crunch got an unexpected shoutout from a very influential fan today when Jay-Z took to Twitter to promote his new album “Magna Carta … Holy Grail.”

In a Twitter Q&A that was as amusing as it was unexpected, a Jay-Z fan asked the rapper  what his favorite cereal is. Mr Carter responded: “cap’n crunch growing up. I haven’t had cereal in a bit #factsonly.”

The brand, itself no slouch when it comes to social media, wasted no time in tweeting back at the star:

.@S_C_ What More Can I Say? I got 99 problems but Crunch ain't one. #MagnaCartaHolyCrunch

This is a textbook example of a company getting social media right, and acting quickly with an entertaining response – Cap’n Crunch wittily references one of Jay-Z’s biggest hits and  makes a pun out of the new album title in the hashtag.

In fact, the Cap’n has been getting himself quite a bit of buzz lately. This past spring with the help of agency Huge, the Quaker Oats cereal brand recast its mascot as a talk-show host of his own YouTube series “The Cap’n Crunch Show.”

More recently, the cereal mascot came under fire for lying about his rank, since his cartoon uniform actually is that of a commander’s (good job, people of the Internet). The “controversy” ended up on CNN, “The Colbert Report,” “Late Night with Jimmy Fallon” and “The Tonight Show with Jay Leno.”

Cap’n Crunch capitalized on the absurdity of the situation, releasing an “official statement” video (below), essentially poking fun at the fact that he is just a cartoon and that people are ridiculous for taking things so seriously.

But for today, at least, the brand has one less problem than it did at breakfast.