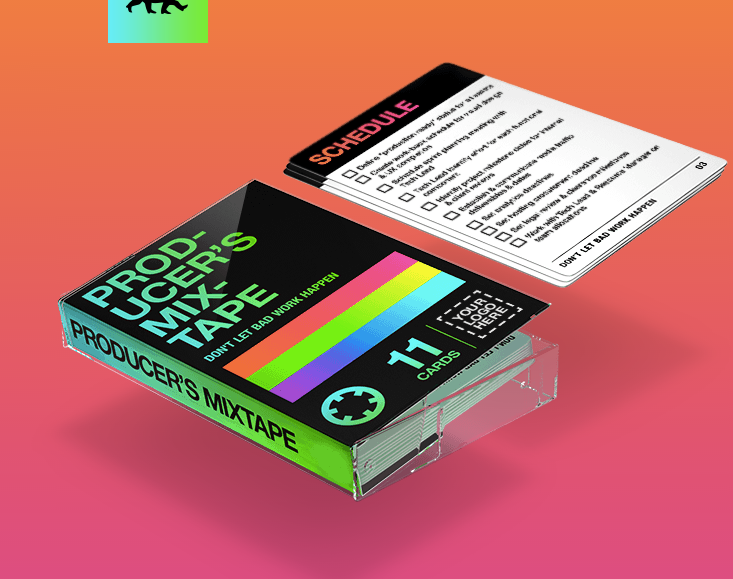 Sometimes, in the digital world, you still need to keep certain things analog. At least that’s the idea behind CP+B’s new checklist tool for digital producers.

The agency just released what it calls “Producers Mixtape Kit,” a digital production workflow guide that is meant to prevent “bad work from happening.” It contains 11 cards that each have detailed checklists for each stage of the production process, from pre-production and budgeting to legal and development, all the way through post-launch.

As Ivan Perez-Armendariz, EVP/chief digital officer at CP+B, explained, he got the idea a few years back after reading “The Checklist Manifesto” by Atul Gawande.

“It was after 2009 we had just done a string of projects that weren’t very successful – it was right at the moment when web work became dimentionalized with mobile and social. the complexity felt like it exploded,” explained Perez-Armendariz. “I had recently ready Gawande’s book, which is all about how simple checklists can take big problems and break them down into simple parts.”

Perez-Armendariz explained that after reading the book, he scrapped the agency’s procedural guidelines at the time, and created a big, one-page checklist for projects. But people were just pinning it up on walls rather than actually using it, so that’s why CP+B came up with the mixtape format.

They broke the checklist down into 11 separate cards that fit into a mixtape case as a fun way to make it portable and distributable outside of the agency. (Sample checklist items: “Establish & communicate media traffic deliverables & dates;” “Create estimate of hours for all project resources.”)

CP+B made the kit available for free download through a Creative Commons 3.0 license. All of the cards are modifiable and there is a slot for producers to put their agency logo on the front of the cassette box printout. Perhaps counter-intuitively, CP+B wants help other agencies and producers do good work.

“Today there is this whole notion of collaboration and open APIs, and it felt like this could be useful for just producing in general, said Perez-Armendariz. “We wanted to make the internet a better place.”

The feedback on Twitter has been very positive so far (just take a look at the #DontLetBadWorkHappen hashtag), and other agencies’ producers are liking it to.

“I love this [kit], because part of the key to the best production is when your team – including creative, account and strategy members – has a heightened awareness of the steps that go into bringing a project to life,” said Mea Cole Tefka, senior Producer at Huge Studio.

“I think it is most helpful for producers’ partners in the process to be able to follow along and remember they have a role in all this, as well.” 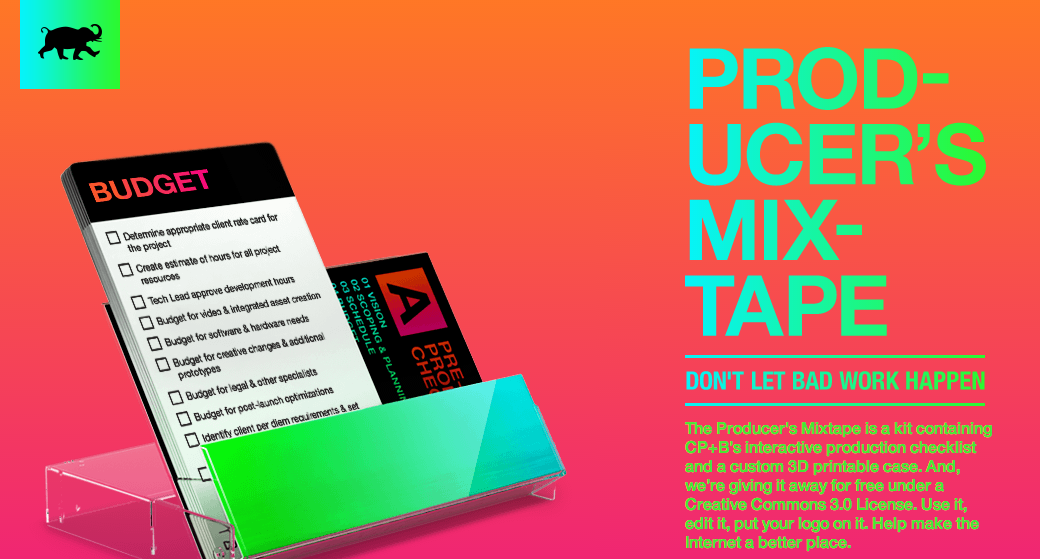